Using Perception to Encourage the Faithful

Home/Devotional/Using Perception to Encourage the Faithful
Previous Next

Using Perception to Encourage the Faithful 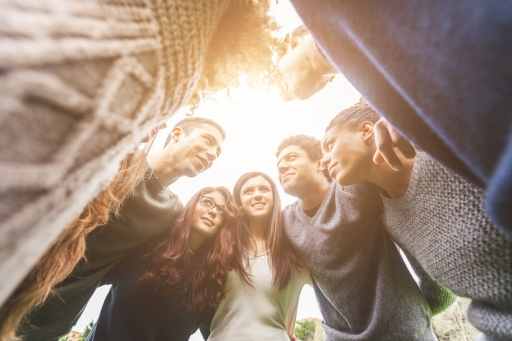 Therefore, encourage one another and build each other up,
just as in fact you are doing. ~ I Thessalonians 5:11

As a co-leader of a local prayer group, I arrived early and noticed that forty chairs had been set up for our group of twenty people. I instantly saw there were too many chairs, so I removed and stacked fifteen chairs before the other leader arrived.

She was curious about how I had “known” so emphatically that we had too many chairs. I laughed in reply: “Oh, I guess it just triggered all my instincts as a church planter. I’m so used to thinking about what will encourage the core group.” I explained that when twenty people see forty available chairs, it feels to them as if they are few, isolated, somehow daunted. But the same twenty people, sitting in fewer chairs, tend to feel encouraged: “Great, we’re all here and I can speak up in this intimate and friendly group.”

This principle comes into play when our church plant sets attendance goals. If our core group (of forty) sets a goal for sixty to attend a special event, and then eighty show up, that’s shouting time! Hallelujah! But if those forty set a goal for 100 to show up, and the same eighty come, that identical outcome feels like a massive failure. It’s all a matter of perception.

I’ve often seen this same principle at work. When the established church where we currently serve held prayer meetings, they would feel discouraged when only a few ladies came. But after hearing the 5% statistic about the number of prayer warriors in a typical church, we (and our prayer team) feel wonderfully encouraged and emboldened because our group regularly far exceeds that percentage.

Our core group is precious. Sometimes we encourage best just by taking away the extra chairs.

About the Author: Nathan